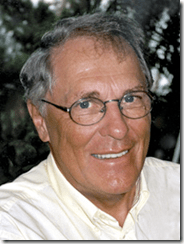 Born in Switzerland, Dr. Nigg studied Nuclear Physics at the ETH Zurich (Switzerland). In 1971, he started his activities in Biomechanics. In 1976, he became the Director of the Biomechanics Laboratory at the ETH Zurich. In 1981 Dr. Nigg accepted an invitation to move to the University of Calgary, where he founded, developed and was director of the Human Performance Laboratory, a multi-disciplinary Research Center concentrating on the study of the human body and its locomotion. Currently, this research center has close to 175 co-workers, working with micro- and macroscopic approaches on the understanding of movement and exercise.

Dr. Nigg has received many awards and recognitions, including the Olympic Order, honorary degrees from the Universities of Salzburg and Innsbruck and an honorary professorship from the University of Shanghai. Dr. Nigg’s research concentrates on human locomotion with main emphasis on mobility and longevity and its application to movement related products such as orthoses, shoe insoles, sport shoes, surfaces and sport equipment. Dr. Nigg has co-operated with many major sport shoe and sport surface companies.