Derek M. Hansen speaks with John Abreu on some specific physical preparation activities and concepts for snowboard events, while taking some time off to work on their skills on the slopes. In particular, they discuss the use of Electrical Muscle Stimulation for the preparation of snowboard athletes, as well as the neuromuscular demands of the sport. 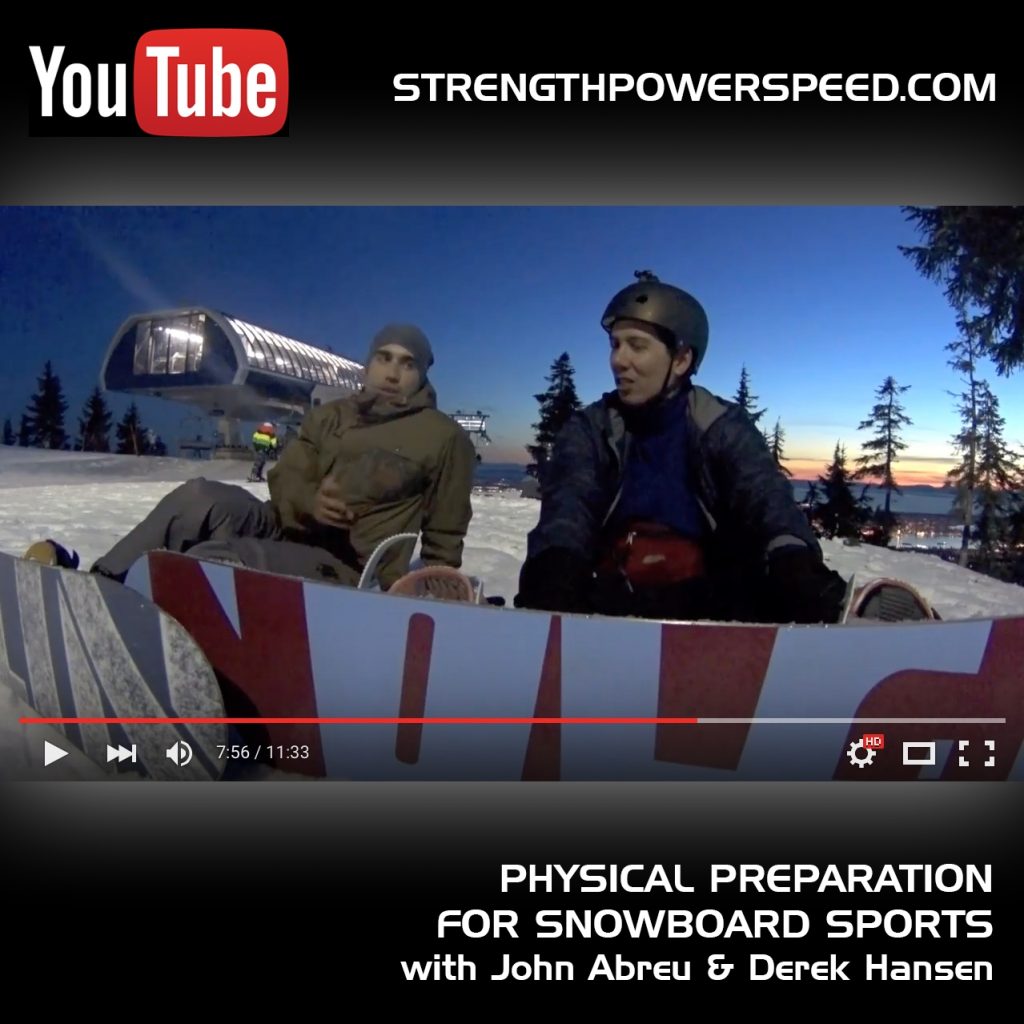 The physical preparation approach to very skill intensive sports must be general in nature. If you spend too much time and effort attempting to simulate sports in your physical preparation, you may ironically be moving yourself further away from performance outcomes. These issues and more are discussed from Mt. Seymour in North Vancouver, BC, Canada.